Plumbing may be seen as a technical and tedious business but there are actually lots of fun facts that surround it. After all, this has been a vital part of human settlements since time immemorial. Fascinating stories abound for those who are curious enough to learn about the history and the technicalities. Reading some plumbing fun facts may actually show you how far we have come along when it comes to there plumbing system that we so heavily rely on.

Explore Our Plumbing Services Call Now To Schedule An Appointment

Below, we discuss some aspects of plumbing that you may find interesting.

Early civilizations developed systems to remove wastewater and access potable water. In 6,000 BC, Ancient Mesopotamians made their slaves carry large pots of water by hand from the river. By 4,000 BC, copper pipes were in use in India by the Indus River Valley. Around 2,500 BC, the Ancient Egyptians also used copper pipes to create bathrooms inside pyramids and other structures. The Ancient Romans were responsible for much of the progress before the modern period. They constructed intricate aqueducts to move water from rivers and lakes to the communities they controlled. They built public baths and other amenities. Romans used lead for their piping which in Latin is called plumbum. This is where the word “plumbing” comes from. The term has stuck around despite the shift towards other materials such as copper, PVC, and galvanized iron.

3. Tremont House: First Hotel With  Plumbing In The U.S.

Indoor plumbing used to be a luxury that was only found in the residences of the rich. In 1829, the Tremont House of Boston became the first hotel to feature indoor plumbing with a total of eight toilets on the ground floor. There were also baths with heated water in the basement. Running water was available for the laundry and kitchen as well. It set the standard for hospitality establishments at the time. It even attracted notable guests that include Charles Dickens and Davy Crockett.

The very first flushing toilet can be traced back to Ancient Greece in 1,700 BC. It was built during the time of King Minos of Crete. As for the modern toilet that we all know today, we can thank Alexander Cummings for coming up with the design in 1775. It included an S-trap to retain water that blocked foul smells from the moving up from the sewer to the house. This continues to be the standard.

A lot of figures in the Nazi Party had their eccentricities. Herman Goering, one of Hitler’s most trusted military leaders, refused to use toilet paper for his trips to the loo. Instead, he would purchase large boxes of white handkerchiefs and use those instead. One cannot help but wonder if this led to blockages in the sewers. Goering was also known to be addicted to morphine and flamboyant dresses.

Explore Our Plumbing Services Call Now To Schedule An Appointment In the past, people used to excrete their wastes on ceramic chamber pots that would then be emptied in bodies of water. The development of toilets in the 1800s changed the habits of urban dwellers. The American Joseph Gayetty saw the need for toilet paper which he invented in 1857. By 1880, some of these products were sold as pre-cut squares or papers on rolls. The 2-ply innovation came into the market in 1942.

There was a time when people thought that bathing was a hazard, especially in winter when temperatures plunged. The poor water supply that relied on manual pumping did not help. Philadelphia almost banned it in 1835 with the ordinance narrowly losing by two votes. Fortunately, sanitary sewers began to be installed by 1845 thanks to public health outcries. Initial attempts weren’t ideal but they helped contribute to the normalization of bathing.

Call To For A Free Plumbing Estimate

In 1954, Albert Einstein was already one of the most famous men in the world. His popularity was not always welcome, however, as it made him a target of scrutiny and curtailed his independence. He sent a letter to the editor of a newspaper in which he lamented the situation of scientists in the U.S. at the time. In it, he said that if he could do it all again, he would rather be a plumber or a peddler to enjoy a degree of independence. The Plumbers and Steamfitter Union of the time was heartened by his remarks. The organization made him an honorary member and even gave him a working card. 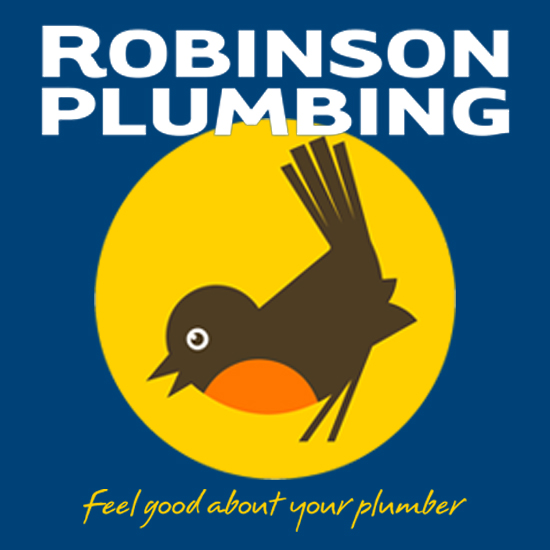 For reliable plumbing services, contact Robinson Plumbing, one of the Lehigh Valley’s most trusted plumbing companies. Our plumbing services range from water heater maintenance, water leak detection and repairs, clogged drains, to the installation of water-efficient plumbing fixtures. For any plumbing repairs, we always offer a wide range of solutions whenever possible. This way, you can choose the option that works best for your budget and family.

We are proud to offer the best and most affordable plumbing services in the area. All of our plumbers have the proper licenses and experience to ensure your satisfaction. All of our work is guaranteed. Contact Robinson Plumbing today to schedule a free estimate.